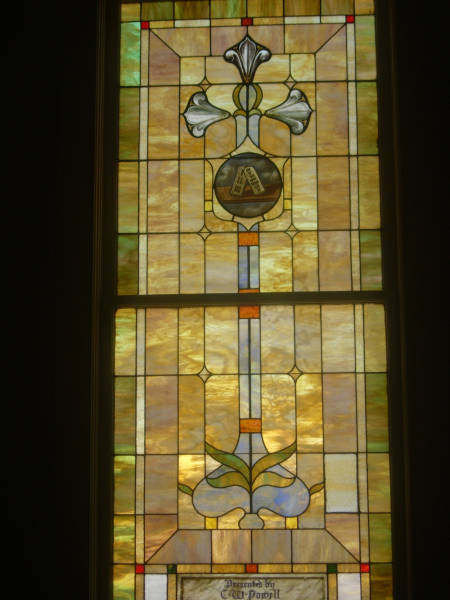 Our Historic Windows
Refurbished in 2007, Pioneer Church's windows reflect the state of the art of stained-glass window making c.1890's. Made in Germany, they were purchased on a subscription basis (the donors' names are listed on the windows). The most-well known donor is Joel Palmer, Dayton's first postmaster. General Palmer was also a General in the Union Army and was Oregon's Indian Agent. These windows were shipped "around the horn" (via the tip of South America). Upon arrival in Portland, they were transferred to a stern-wheel riverboat which traveled up the Willamette and Yamhill Rivers to Dayton. In Dayton they were transferred to a horse-drawn wagon for the trip up the hill to our present church-site. Our Sanctuary features 10 windows, with two displayed in our bell tower and one (displayed in two sections) featured in our Activity Hall.